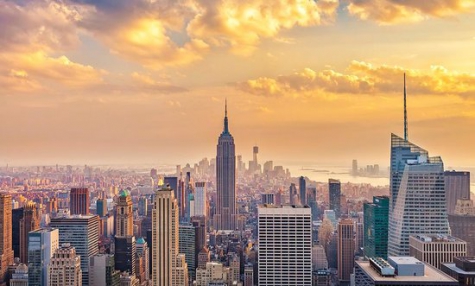 In December, New York Governor Andrew Cuomo directed the state’s regulators to come up with a plan to reach 50 percent renewables by 2030. Early last week, the New York Department of Public Service (NYDPS) released its proposed plan to do just that. The “50 by 30” Clean Energy Standard (CES) builds on New York’s Reforming the Energy Vision (REV) proceeding, providing a necessary target and enforcement mechanism to achieve state policy objectives.

New York is in good company with other states looking to increase their renewables and fight climate change. Several states including Hawaii, California, Vermont, and Oregon are leading the way with major increases in the past year in their clean energy targets. And with a series of executive announcements and regulatory activities over the past two months, New York is staying firmly at the head of the pack.

Over the past year, several states have ratcheted up their renewable portfolio standards (RPS) to make them more aggressive.

Vermont: Just three days following the Hawaii action, Governor Peter Shumlin of Vermont signed HB40 into effect. This bill included an increase to the state’s RPS to 75 percent by 2032. Vermont continues to have progressive energy goals and stands out as a frontrunner in the fight against climate change, including a longstanding commitment to energy efficiency.

Oregon: Picking up where other states ended 2015, last month Oregon’s two major investor-owned utilities, Portland General Electric and Pacific Power, announced that they arebacking a bill to phase out coal-fired generation by 2030 and to increase the RPS to 50 percent by 2040.

All this activity elsewhere in the country puts New York in good company as it strengthens its commitment to clean energy development. The key challenge now for all these states is to not only build new renewable generation sources, but to also build a new integrated energy system that deploys assets to their best use while harnessing new technologies and employs business models that improve customers’ relationship with their energy supply.